The Lock Gates feature as the landmark piece of artwork and is based upon the theme of the home for the canal combined with the gateway to the canal using life size lock gates as a symbolic entrance. The design, prepared from traditional materials (oak and steel) incorporates an image of a house. “The Lock Gates” is situated alongside the inner ring road adjacent to the canal basin and renovated warehouses.

Location: On the verge between Leicester Row and Junction 1, the Ring Road. 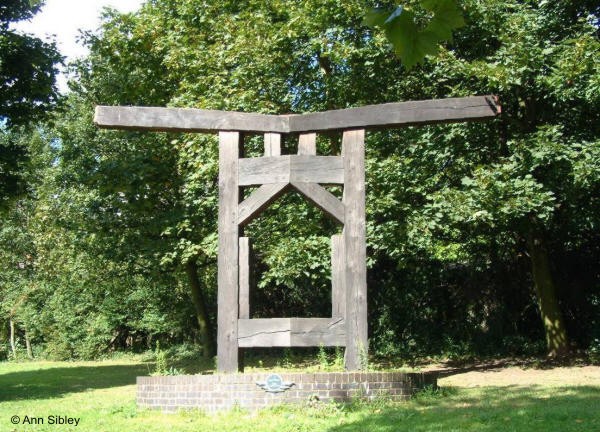 The 1¼ size cast bronze statue depicts James Brindley pouring over plans at a desk. Although originally selected to survey and engineer the Coventry canal he was dismissed in less than a year by the Canal company. James Butler is a well known sculptor and other works include bronzes of President Kenyetta, Reg. Harris OBE and the Soldier (Green Howards D-Day Memorial at Crepon Normandy). 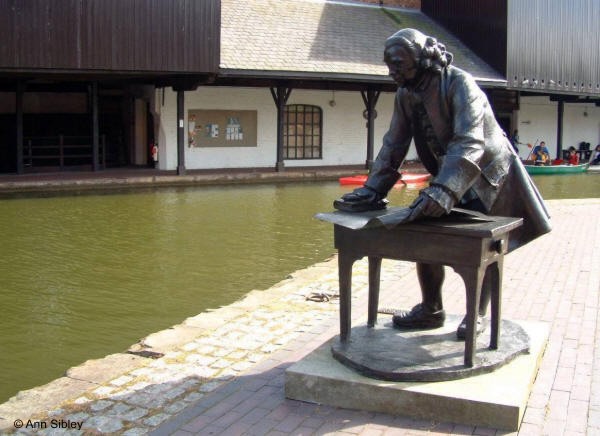 The mosaic design incorporates features of the Coventry Canal as well as of Coventry itself. They include depictions of local industry past and present together with the emblems of the city and local canal related groups. The mosaic is inset into the pavement between the old coal vaults, now a Tapas Bar, and northern arm of the basin. 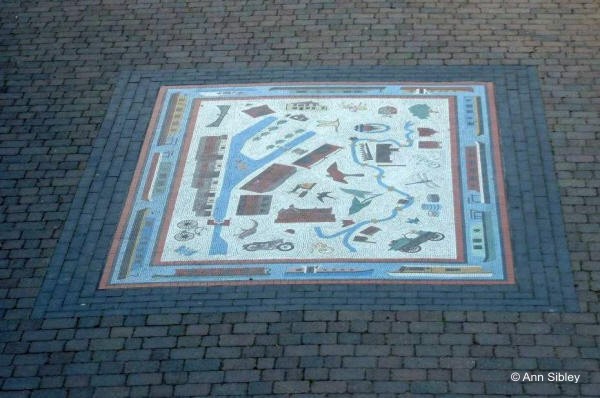 The Journeyman depicts the range of tools used by the “Navies” in the construction of the canal, mounted on a decorated cast bronze column. The sculpture is to be found immediately north of bridge No. 1.

Location: North of Bridge No. 1, Leicester Row (outside the Canal Basin). 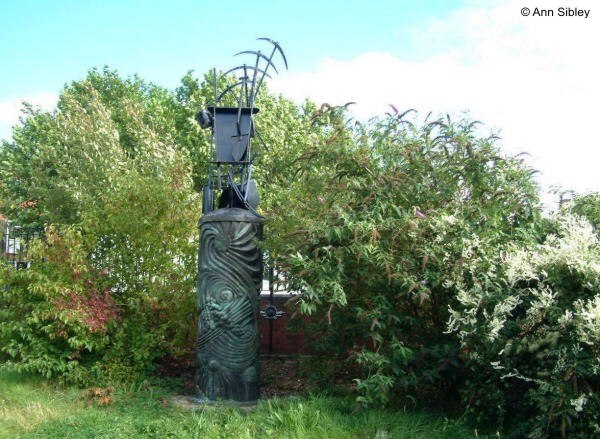 Undulating stone seat which echoes the flow of water in the canal. The seat is situated about 50 meters north of bridge No.1. 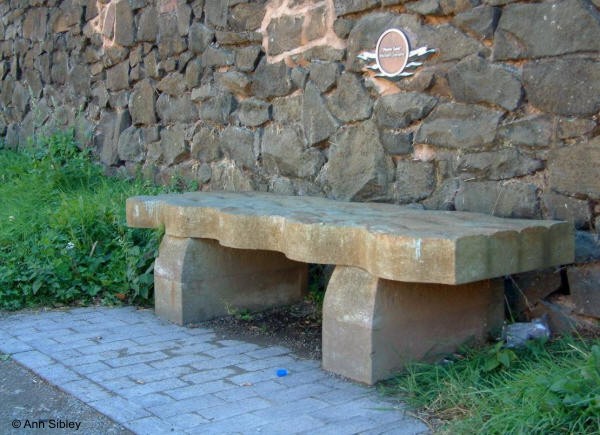 A bronze sculpture of a Daimler car and two figures to commemorate Britain’s first production car. It is to be found opposite the Sandy Lane Business Park on the site of the original Daimler works. 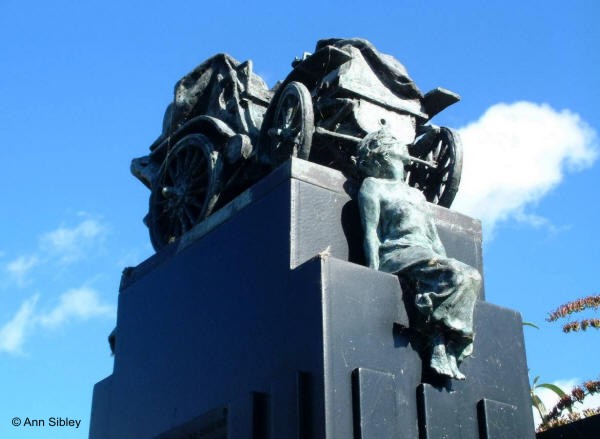 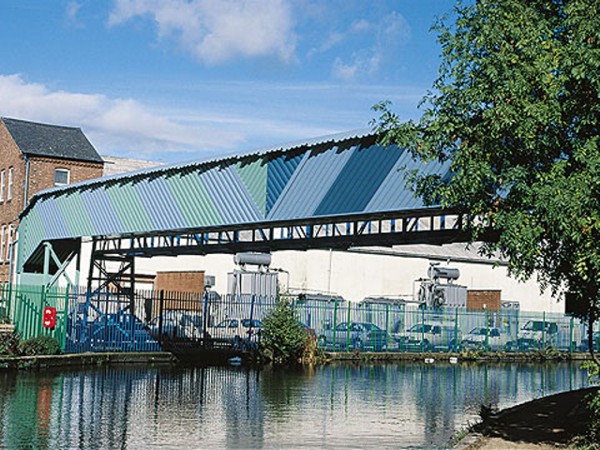 A dual level sculptured seat from timber in the form of a giant mooring capstan and coiled ropes. 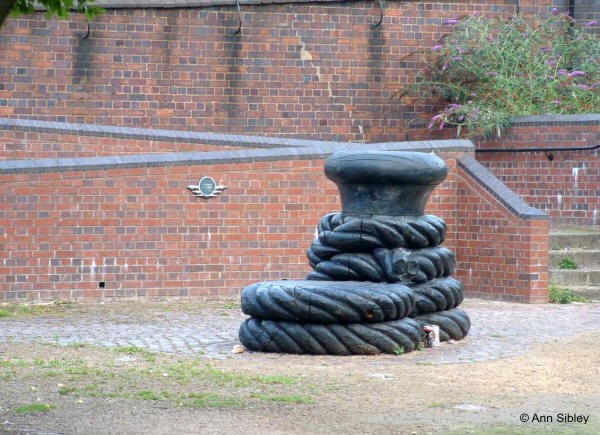 Three rolled metal and enamel painted seats in the shape of fish. The seats are brightly coloured and secured to the railings. 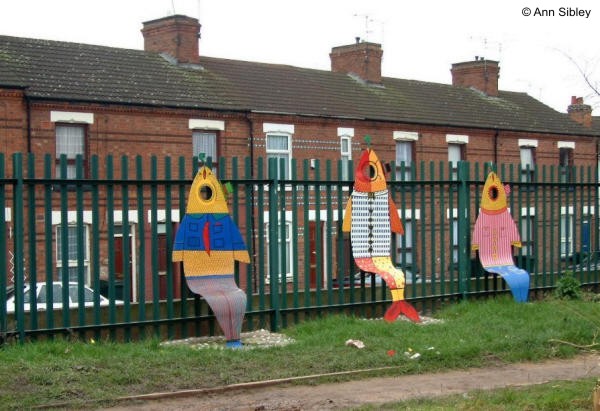 10. Waterwall (1995) by Kate Turner, Tim Pryke, Dave Cooper AND Lizzie Murphy (all of Arts Exchange) with members of the local community.

Ceramic and concrete mural depicting canal and towpath scenes. The mural is attached to the canal embankment wall in Leicester Causeway and can only be seen from the roadway.

Location: Along the boundary wall at Leicester Causeway. 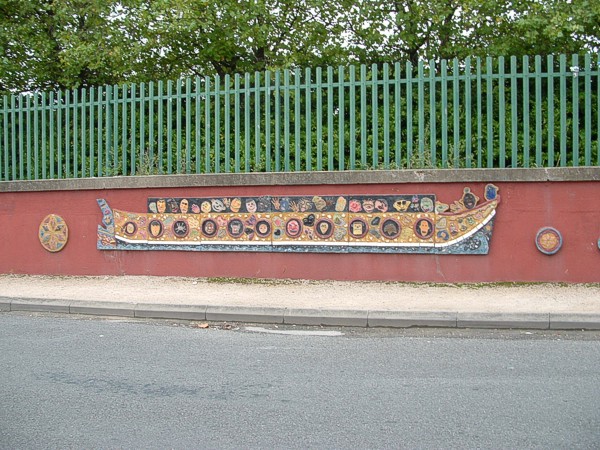 11. Reflections (AKS-E-KAAENAAT) (1996) by Bhajan Junjan and Naida Hussein of Arts Exchange with the Muslim ladies group at the Al-Nisa Centre.

Ceramic and concrete painted panels on bridge No4. The mural is attached to the bridge parapet and can only be seen from the roadway. 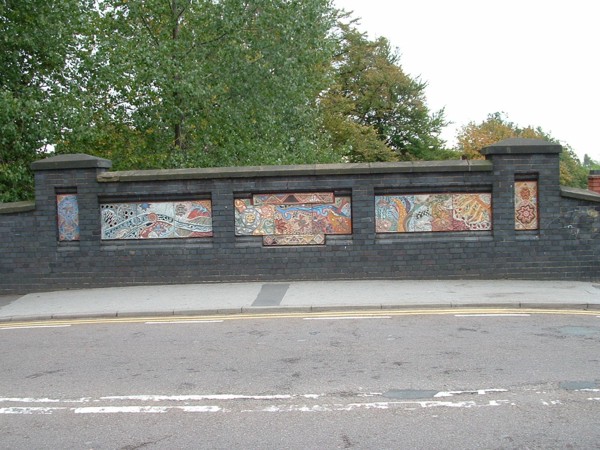 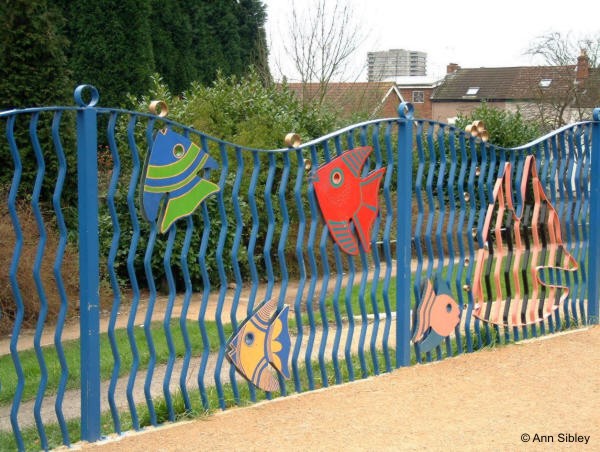 Sculptural seating in the form of a snake made up of a ceramic mosaic and coloured cement. 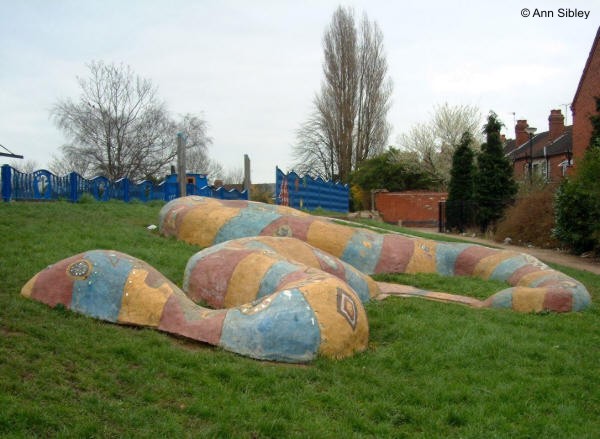 A half moon seat round a seat/table with inscription. 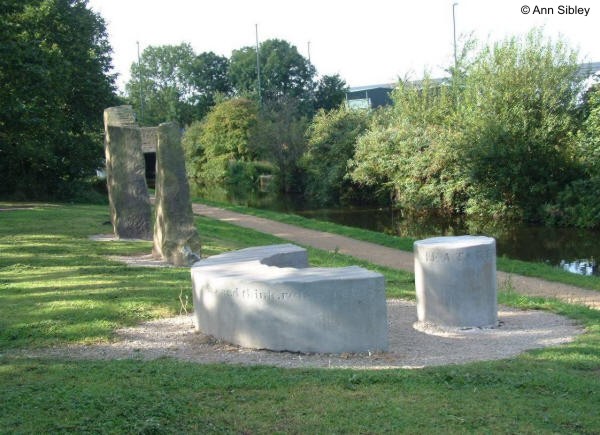 14b. The Traveller And The Stream (1998) by Avtarjeet Dhanjal

Pathway linking 2 major and 3 minor carvings in stone, representing a traveller and his interaction with his waterside environment. 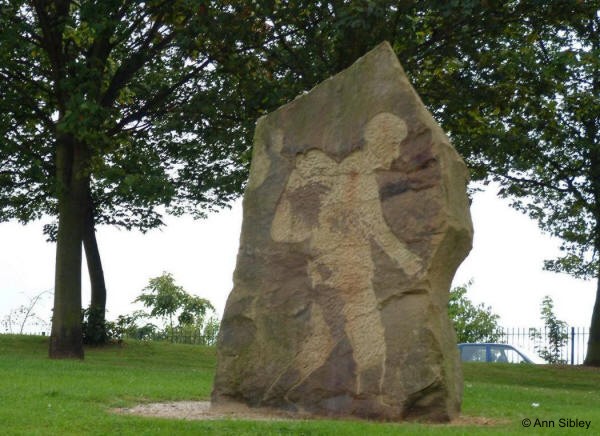 Steel Sculpture of a woman in traditional narrow boat costume scurrying along the road. 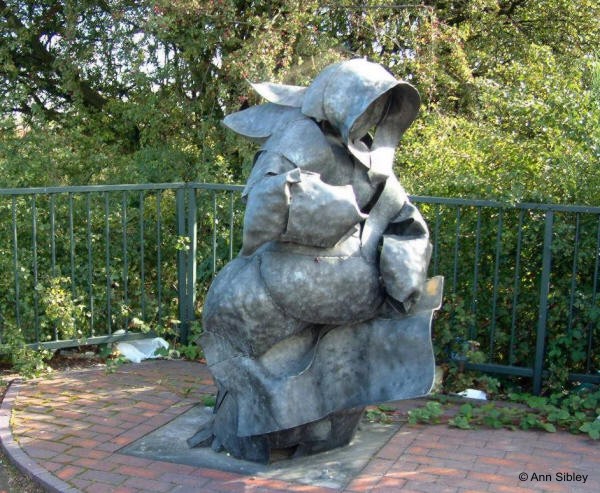 Solar powered “LIGHT” sculpture under bridge No.6. The light display is triggered by passing pedestrians and boats. 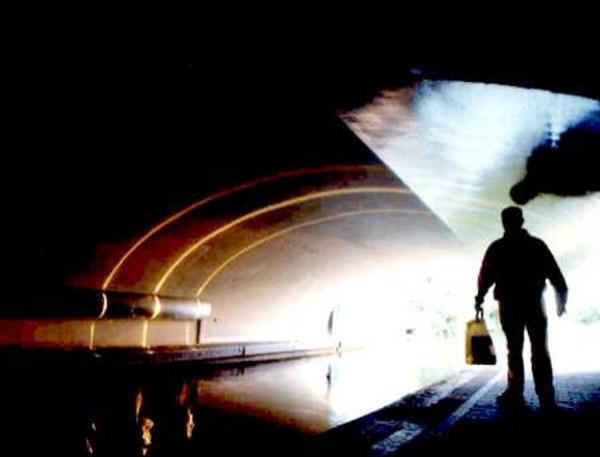 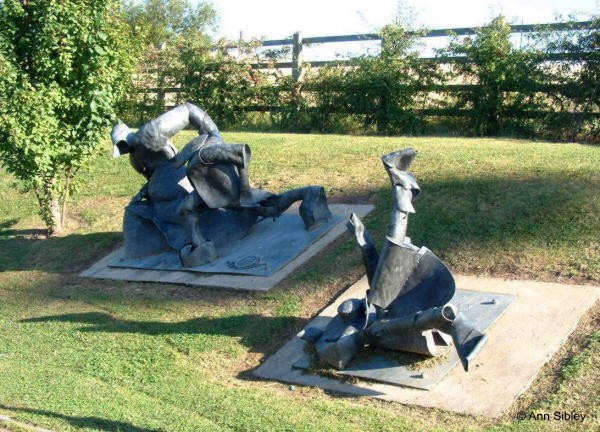 “Chess Board” paving and mosaic at ground level and ornamental railings. The underside of adjacent bridge No.7 is painted with a mural depicting life on the canal. 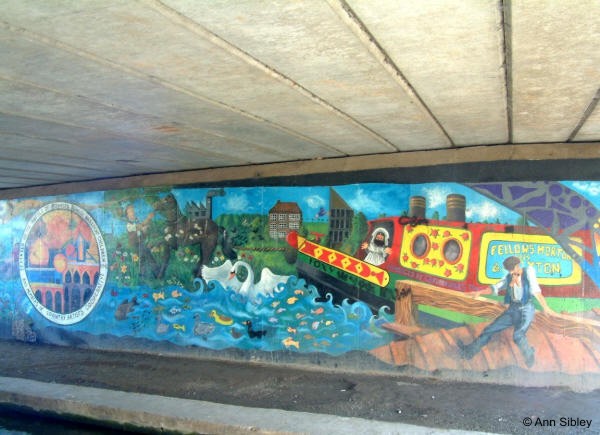 Sculptural seating from coloured steel pipes, inspired by the piping of the chemical factory opposite. 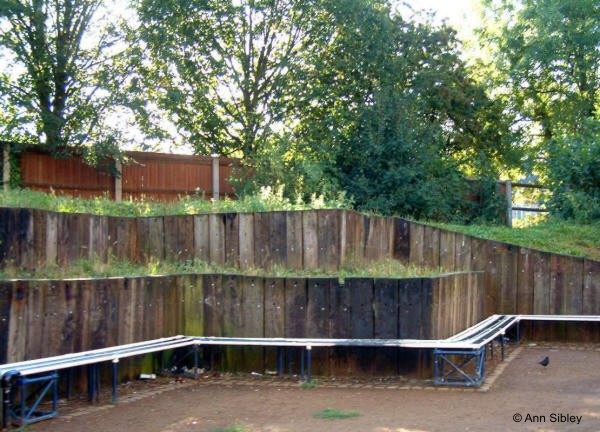 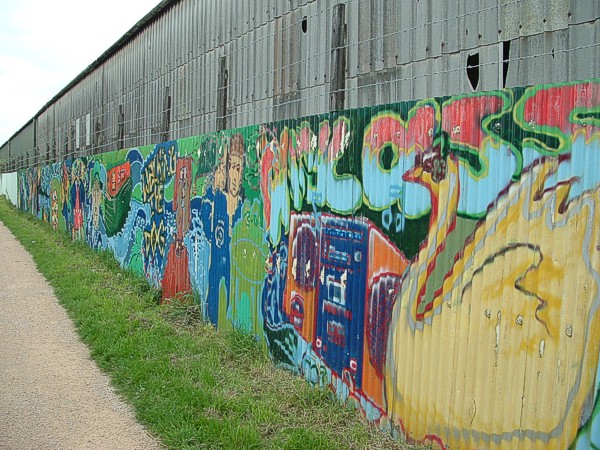 Stone sculptural seat of a sofa with oars on a raft, inspired by construction seen on the canal locally. 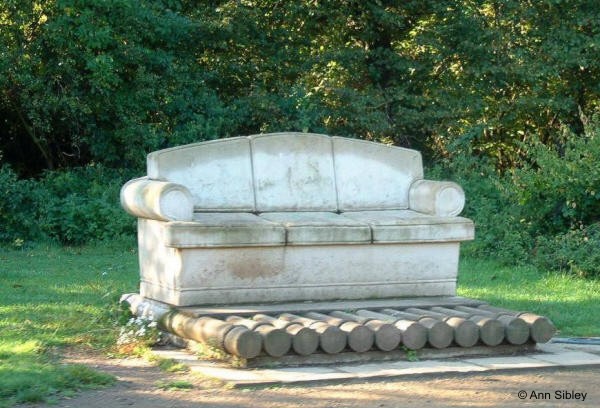 Wooden heritage marker, celebrating the architecture of the canal. 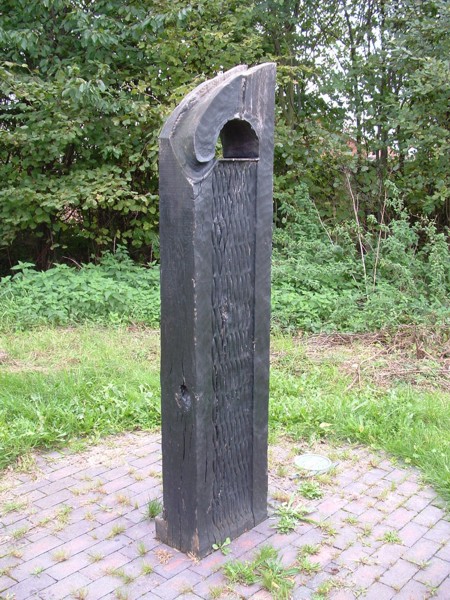 24. Wall Walk (1995) by Arts Exchange and Children from Foxford School with the Muslim ladies group at the Al-Nisa Centre.

A linear undulating climbable timber wave feature fashioned from fence posts of varying heights situated on the line of the old Oxford canal opposite The Canal Boat public house. 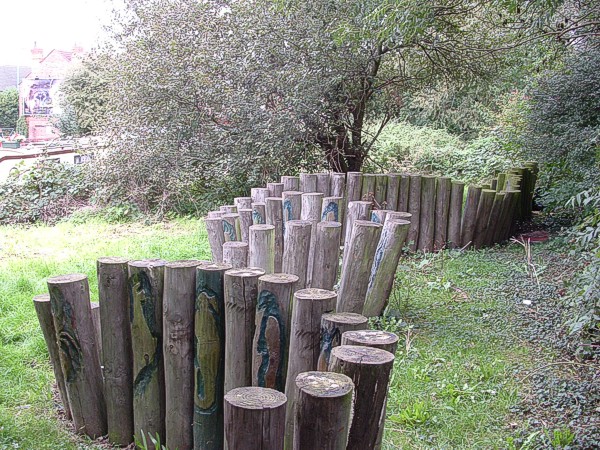 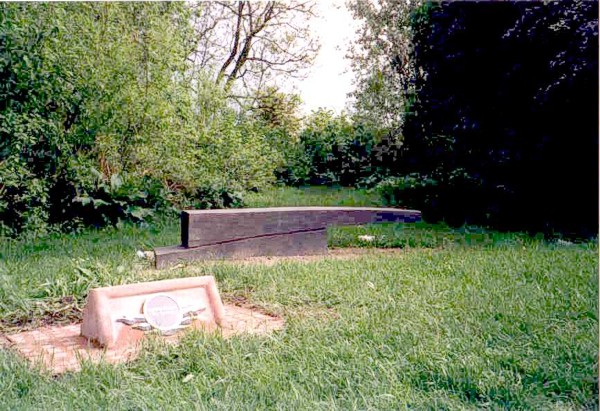 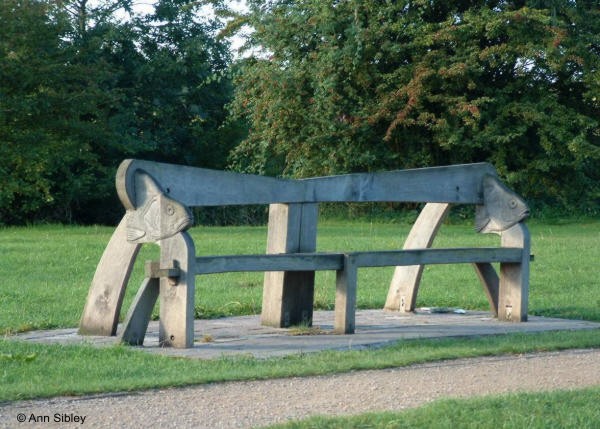 Location: On railings on former mineral railway bridge near to Hawkesbury Junction. 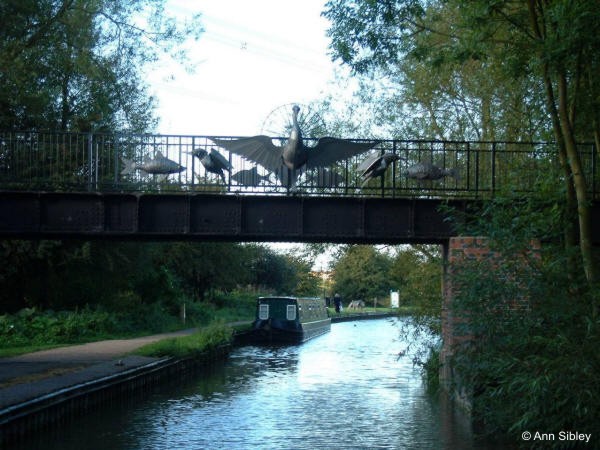 Six free standing and four bridge parapet markers, in steel, each of a different design and including reminiscences from local people about the canal. They are designed to draw attention to the canal by incorporating pictorial displays of local folk lore and past events. 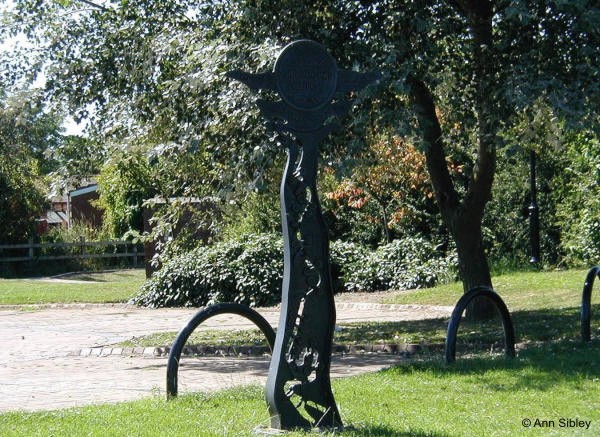